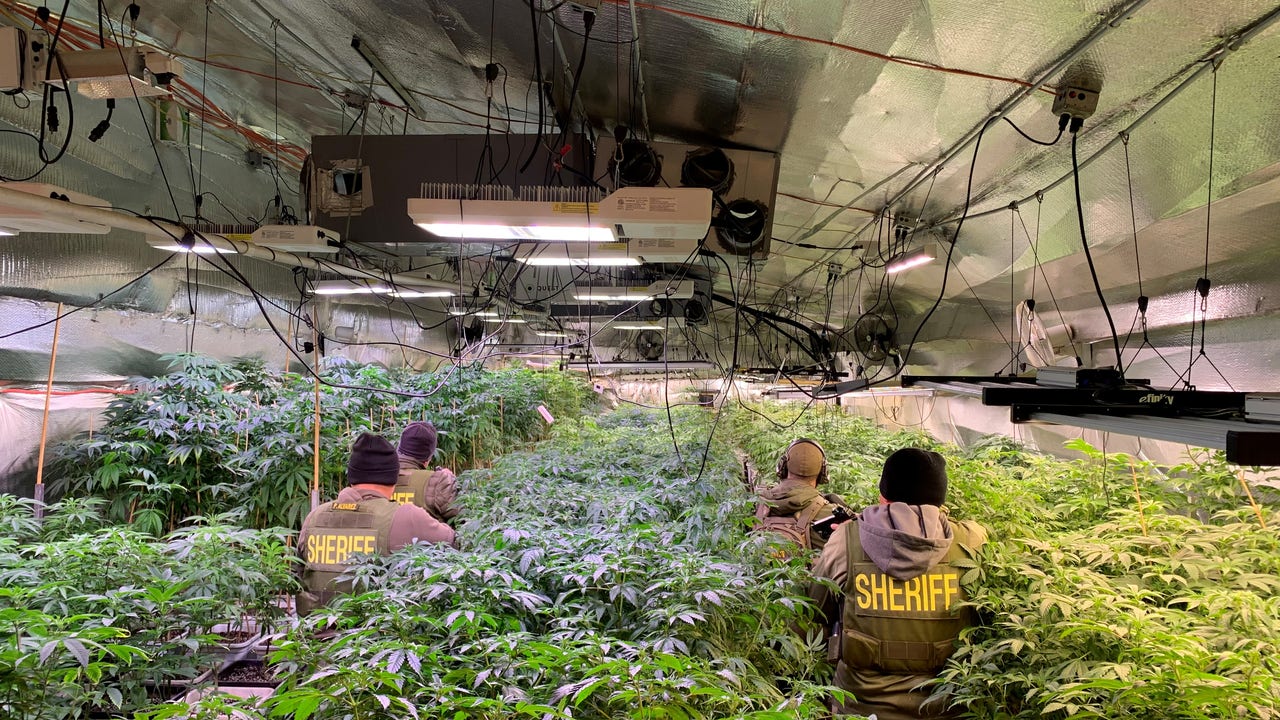 SAN BERNARDINO, California – Over a six-day period, California investigators arrested 33 suspects in connection with the illegal cultivation of marijuana, seizing 14,113 marijuana plants, eight firearms, 9,550 grams of concentrated marijuana and more than $ 352,000 in cash.

During “Operation Hammer Strike”, investigators eradicated a total of 56 greenhouses found in these locations and five indoor growing sites. Investigators mitigated an electrical bypass, a marijuana delivery service, and a THC extraction lab.

Receive your best stories daily! Sign up for the FOX 11 Fast 5 newsletter. And get late-breaking alerts in the FOX 11 News app. Download for iOS or Android.

Investigators said the cannabis crops did not comply with the California Medical and Adult Cannabis Regulation and Safety Act (MAUCRSA) and the San Bernardino County ordinance prohibiting the commercial activity of the cannabis. San Bernardino County has a law prohibiting the commercial activity of cannabis, including growing marijuana plants outdoors.

The people charged in connection with Operation Hammer Strike were:

The suspects have been named or charged with growing cannabis, more than six plants, possession for sale of marijuana, illegal water discharge, manufacture of a controlled substance, attempted murder and conspiracy.

Tune into FOX 11 Los Angeles for the latest news from Southern California.