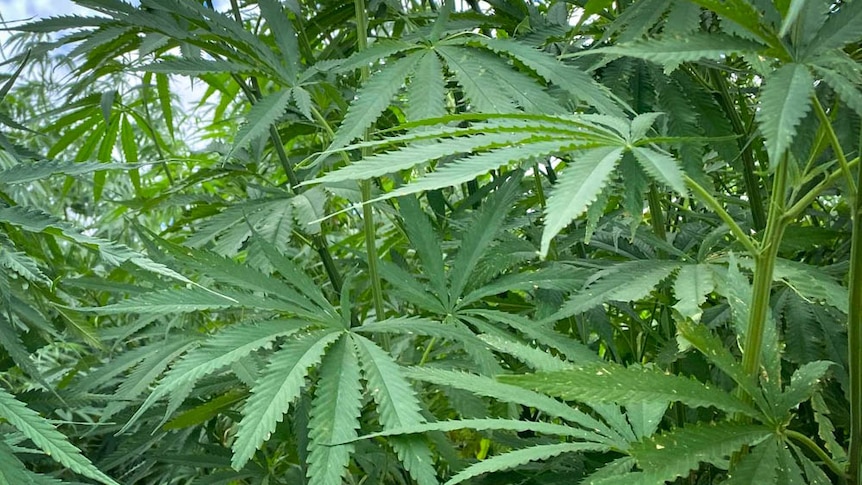 Industrial hemp growers in New South Wales are flouting the law to produce medical cannabis products for the black market, according to the head of Australia’s largest hemp seed food producer.

He claims licensed hemp growers produce cannabidiol or CBD products for a booming wellness market, even though under Australian law the hemp by-product is a dispensed-only drug. on prescription.

â€œI know a lot of people who have made a lot of money selling CBD that they produce from industrial hemp grown in Australia,â€ Mr. Benhaim said.

While prescriptions for CBD have doubled to around 10,000 per month this year, he believed the black market in Australia was about 10 times larger.

â€œIt is common knowledge in North New South Wales that CBD is available in many places,â€ he said.

“Lots of places claim it’s legal without a prescription.”

This year, the Therapeutic Goods Administration (TGA) relaxed regulations for CBD products to make them available over the counter, but no product has yet gone through the approval process required to be legalized.

Brisbane-based medical cannabis producer Craig Cochran said people were taking a risk if they bought CBD products that were not TGA approved.

“They don’t really know what they are buying.”

Mr Cochran said the draw for some people was the price, as black market products were cheaper.

The program is run by GP Laurence Kemp, who runs an online medical cannabis prescription service called Cann I Help.

Dr Kemp said medical cannabis was still treated as an investigational drug in Australia and was not eligible for Pharmaceutical Benefits Scheme grants.

Because it was derived from a plant, pharmaceutical companies had little incentive to invest in the enormous cost of scientific testing.

“[CBD] has in fact been shown in a number of studies to be effective in treating epilepsy, particularly in children, â€said Dr. Kemp.

“We use it for anxiety, it can sometimes help people with trouble sleeping, and it also has pain relieving and anti-inflammatory properties, so it’s actually a very useful compound in the cannabis plant. “

A push for reform

Mr Benhaim said Elixinol Wellness wanted to be a part of Australia’s booming CBD market, but would have to compete with illegally produced products.

He said government authorities do not take responsibility for the black market.

A NSW Police spokesperson said the force was working with regulators to monitor the hemp industry and ensure compliance, but would not say if there were active investigations into the manufacturing and the illegal sale of CBD.

The TGA also said it was not commenting on ongoing investigations.

However, he fined a West Australian over $ 10,000 last year after a review of illegal advertising of medical cannabis products.

Mr Benhaim said there was a need for further reforms in Australia to align regulations governing CBD with those of other developed countries, where it was commonly sold in supermarkets and health food stores.