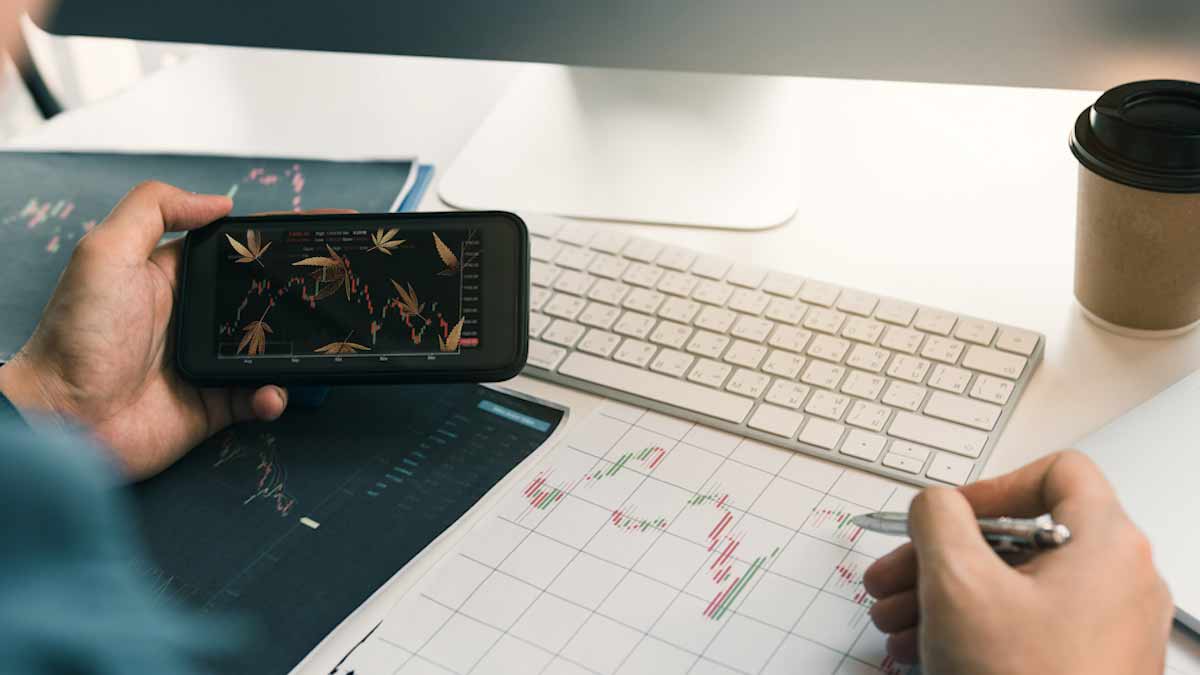 Marijuana stocks to buy for 2022 on the Nasdaq? 2 to get your watchlist started in the new year

Cannabis stocks for the first quarter of 2022

In 2021, the best marijuana stocks to watch have been declining as the year progresses. After hitting new highs in the first quarter due to investor belief that the United States would pass federal legalization of marijuana in 2021. The cannabis industry fell back to much lower trade levels to close out the year . But this recent downtrend could be an opportunity for cannabis traders investors next year.

In fact, according to a recent report by Prohibition Partners, the combined global sales of CBD, medical and recreational cannabis are expected to exceed $ 37.4 billion in 2021. Specifically, those numbers are expected to reach $ 102 billion by 2026, showing substantial market growth for the industry. . For cannabis investors, finding the best companies that will thrive in the markets during this time could generate significant profits in the future. One area that is growing alongside the cannabis industry is that of companies that supply hydroponics, lighting equipment, and systems to produce cannabis.

Around the world, cannabis is also on the rise in significant ways as more countries establish its medical use and create legalized markets. Right now, there are opportunities for investors to jump into the future of the industry. In December, some of these top cannabis stocks saw significant declines in the market. With the best pot stocks trading lower, making a watchlist of the best marijuana stocks could add value to your portfolio for 2022. With that in mind, let’s take a look at the top 2 marijuana stocks for your list in 2022.

[Read More] Canadian Marijuana Stocks to Buy for the New Year? 2 For your watchlist now

Best Cannabis Stocks for the 2022 Watchlist

Agrify Corporation, based in the United States, produces precision hardware and software growth solutions for the indoor agriculture industry. Vertical farming systems, integrated grow racks and LED grow lights are now available from the company. Agrify’s innovative hardware and software solutions enable businesses to achieve the best quality, consistency and performance at the lowest possible cost. Consulting, engineering and construction are all part of the company’s overall offering. Precision Extraction Solutions and Cascade Sciences, two leading producers of extraction, post-processing and testing equipment and solutions for the cannabis and hemp industries, were recently acquired by the company. . Through cooperation with Olive El Mirage, the company announced its debut in the Arizona cannabis market in October.

In November, the company’s third-quarter 2021 results were sales of $ 15.8 million, up 460% year-over-year. Agrify received $ 32.2 million in new bookings, bringing its total backlog to $ 117.5 million. Bud & Mary’s Cultivation, Inc. announced the first full turnkey solution cooperation with Agrify to install up to 1,200 vertical farm units in its 50,000 square foot facility. Additionally, Curaleaf Holdings, Inc. (OTC: CURLF) has entered into a multi-year research and development agreement with the company. The influence of the growing environment on plant health and crop production will be investigated in this study. The company has confirmed its annual projection of 48 to 50 million dollars for 2021. December 8e the company announced that it has entered into a binding agreement to acquire PurePressure, a leader in solvent-free extraction and advanced processing of hashish in ice-water.

[Read More] Are these marijuana stocks on your radar in 2022? Here’s why they should be

Clever Leaves Holdings Inc. is a multi-billion dollar company that grows, extracts, produces and distributes pharmaceutical grade marijuana. The company’s current operations include Colombia, Portugal, Germany, the United States and Canada. There are two types of cannabis products: cannabinoids and non-cannabinoids. Homeopathic and other natural treatments, as well as health and detoxification products, are developed, manufactured, promoted, distributed and sold by the Company.

[Read More] The best cannabis stocks to buy in 2022? 3 marijuana REITs for your long-term wallet

POSIBL wants to be the “cannabis farm of the future”