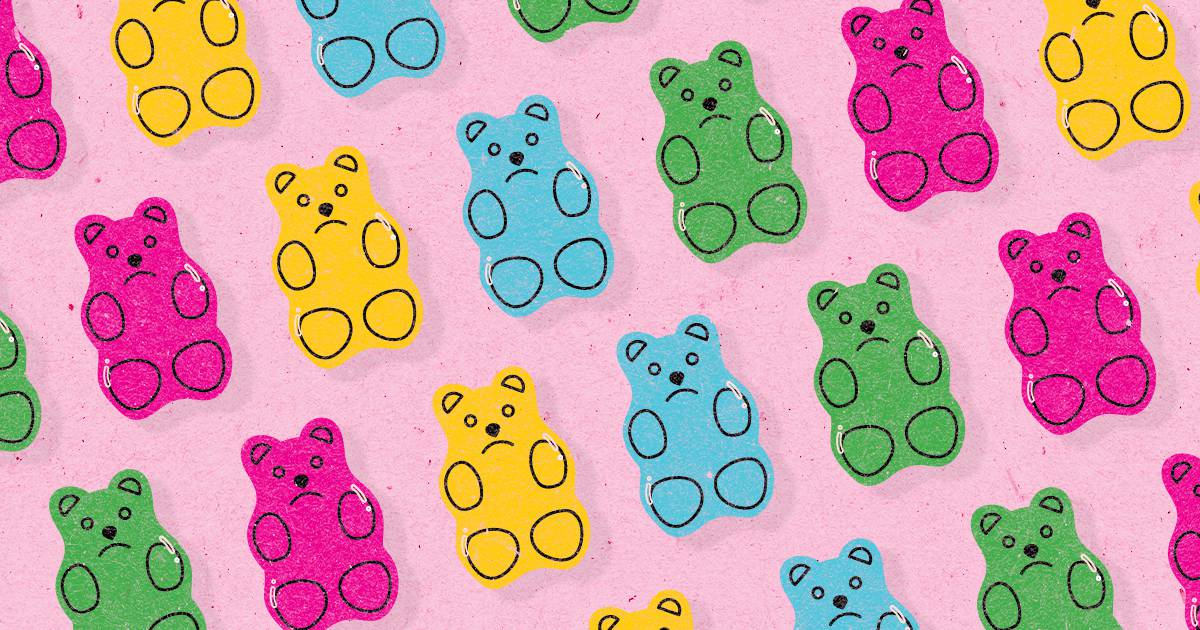 Over the past 18 months, Smith’s chews have become the mainstay of his Portland business, Grön Chocolate, a local maker of chocolate bars and fruit chews infused with compounds from marijuana plants and hemp.

Snooze Fruit Chews on grocery store shelves account for a third of Grön’s $3 million in annual sales outside of dispensaries. Gummies can be found at New Seasons and other health food stores, just like any other non-intoxicating CBD product.

But the chew, which is infused with compounds derived from hemp, not marijuana, doesn’t just contain CBD, or cannabidiol. Its main appeal is that it also contains CBN, or cannabinol: a derivative of machine-processed hemp that prematurely ages CBD.

And although CBN has no intoxicating properties, it is, according to national cannabis regulators, an artificial ingredient.

Those regulators now say that Smith and other edibles companies did, indeed, sell a manufactured additive on grocery store shelves. And they are removing CBN products from grocery stores on July 1, limiting future sales to marijuana dispensaries.

The state’s two largest edible CBN makers, Grön and Wyld CBD, are threatening to leave Oregon — the only state in the nation that has raised the red flag on CBN — over the ban.

“We’ve been based in Oregon forever,” says Gabe Parton Lee, chief compliance officer for Wyld CBD. “But if this is how the state of Oregon approaches cannabis policy in the future, why would we be interested in staying here when we could find any other state that has a much more vision progressive?”

The fight against CBN shows the speed at which Oregon cannabis companies are discovering new uses for their plants and the scramble of regulators to determine whether the risks to consumers outweigh the advertised health benefits.

Although known for decades, CBN became a popular ingredient in edibles only two years ago when several companies created new production methods to process it. With the July 1 rule, Oregon became the first state to ban the substance from grocery shelves — an example for other states to prioritize consumer health over cannabis company profits, according to the Oregon Alcohol and Cannabis Commission.

“It’s not the norm for any other food or dietary supplement ingredient – let’s sell something for 18 months, and hopefully keep selling it,” says TJ Sheehy, chief data and research officer for the committee. “The premise is that we don’t experiment on humans when we sell stuff.”

Two laws passed by the Oregon Legislature in 2021 authorized the OLCC to develop greater oversight of the cannabis industry. On December 28, the agency finalized its list of new rules and regulations.

Some rule changes have loosened standards for the cumbersome seed-to-sale tracking system, eased penalties for minor rule violations, and raised the limit on how much THC can be put in edibles.

But the new CBN rule is clearly the most controversial. It applies to any substance that the OLCC considers an “artificially derived cannabinoid”, meaning any compound derived from cannabis that undergoes a molecular change during processing.

This includes delta-8-THC, a highly intoxicating substance derived from the hemp plant that was previously not regulated at the state or federal level.

Edible makers claim that CBN sold on grocery store shelves helps users sleep without any intoxicating effects. Because it doesn’t get anyone high, they argue, the commission should leave CBN alone. “It’s disturbing to see the OLCC using its newfound authority to arbitrarily ban things,” says Wyld’s Parton Lee.

But state regulators say any chemical experiments with hemp require government oversight and, until then, shouldn’t be sold alongside Burt’s Bees lip balm in grocery stores.

“Whether it’s intoxicating or not is sort of a secondary concern,” says OLCC hemp expert Steven Crowley. “The main concern is whether it is made in a way that is safe to consume.”

Alleh Lindquist, co-founder of FloraWorks, a Portland processing company that began producing CBN in 2019, says the commission’s apprehension about chemically modified cannabinoids is legitimate. Yet he still thinks the state is going too far.

“From a chemist’s perspective, I see the concern that you can make anything and sell it to people,” says Lindquist. “But the OLCC did everything [cannabinoids] fall into the same category whether they are intoxicating or not.

As of this date, CBN products can only be sold in dispensaries if they obtain a federal designation declaring them “generally recognized as safe” or if they obtain approval from the United States Food and Drug Administration. as a “new food ingredient”.

It’s unlikely. The CBN candy makers think their best strategy is to self-publish toxicology and health data showing their product is safe — a GRAS self-determination — and avoid federal government judgment. Even then, the OLCC says it will demand a copy of the evidence.

For the already reeling hemp industry, the new rule is a nightmare.

CBN edibles were a remaining market for hemp. According to a data firm that looked at sales in four states, CBN products that also contain THC generated $8.4 million in revenue in the first nine months of 2021 (this might be an undercount, because the company only looked at the sales of the top 20 brands).

Grön’s CBN products, including New Seasons non-intoxicating chews and CBN chews sold at dispensaries (which contain THC and are intoxicating), account for 30% of Grön’s total annual revenue of $14 million. dollars.

“That makes us wonder if Oregon is a great place to set up our headquarters,” says Smith, whose biggest buyer of CBN products is New Seasons. “In the open market, I’m considering shutting down our CBD business, or just letting it sleep for a while, because of this ban.”

And Parton Lee says Wyld is exploring legal options “to see if there’s a way to prevent the rule from being enforced or implemented in July.”

Sheehy thinks they’re bluffing. He says the industry once threatened to leave the state when the OLCC banned certain additives after nearly 20 users fell ill and two died in a flare-up of vaping-related illnesses in 2019.

“We had additive companies saying if these rules were passed as written, ‘We wouldn’t be able to meet them, we would be out of state,'” Sheehy says. “Even the people who said these comments are now complying with our rules, and these products are still on the market.”

Letter: Correcting the disparity in business license fees in Kamloops