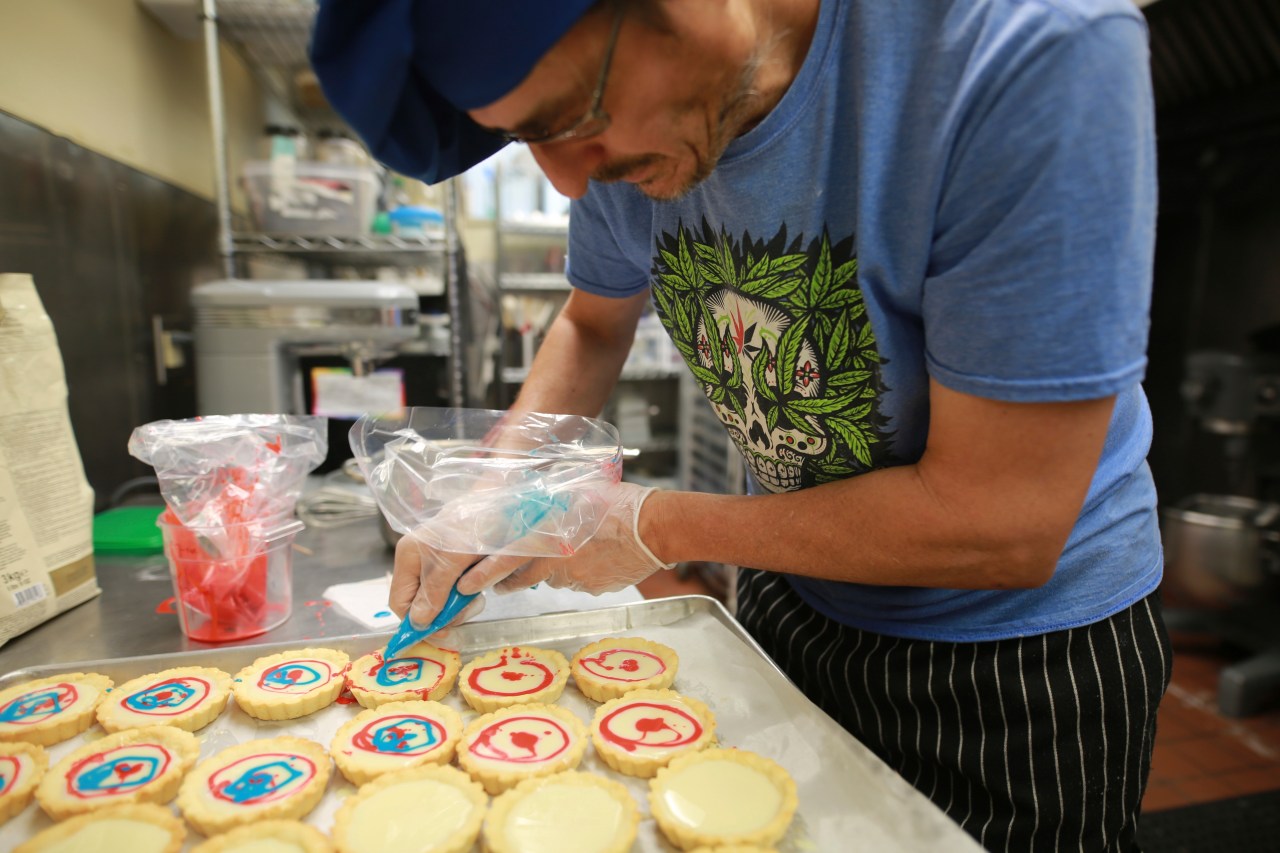 “This has the potential to double the revenue of the town of Sunland Park,” Mayor Javier Perea said. This translates to $7 million. “A unique part of the city is obviously its location. Being right next to two states, Texas and Chihuahua (Mexico) […] We have a metropolis of over 2 million people. That’s more than the entire population of the state of New Mexico.

Texas does not have such a law, but nothing prevents residents of West Texas from coming to buy or consume. Already, hundreds of El Paso residents head to Sunland Park on Sundays to buy booze due to Texas liquor stores closing that day.

In anticipation of traffic, Sunland Park this month approved the second of two orders to regulate where and when state-licensed businesses and individuals can sell cannabis products.

First, licensees must pay a business registration fee to the city. Stores can only sell cannabis products for off-premises consumption between 7 a.m. and midnight Monday through Saturday and 8 a.m. until midnight on Sunday. In-store consumption spaces can operate from 7 a.m. to 2 a.m.

The city has banned cannabis retailers from manufacturing areas, but allows them to operate virtually anywhere else outside of residential areas, school zones, daycare centers and other well-defined gathering places.

“The state is really the one dictating all of this, but we can enforce our codes and ensure public safety,” Perea said.

Smoking cannabis in public is prohibited, except in designated consumption areas, as per ordinances. The cultivation and production of cannabis for personal use cannot be seen from a public right of way, and marijuana users are responsible for preventing theft or use by anyone under 21.

Individuals can grow up to six plants at home or a maximum of 12 per household with two or more adults over the age of 21.

The orders provide for fines and community service for people 21 and older who possess more than 2 ounces of cannabis, 16 grams of extract, or 800 milligrams of edible cannabis in public. Adults who obtain cannabis from an establishment and then attempt to sell or barter it on their own are subject to a $500 fine and/or 90 days in jail.

“It’s a new industry, we don’t know exactly what to expect. But there are always concerns when you have a lot more people coming into the community, you need to have more police protection for everyone,” the mayor said. “There are also concerns about people driving under the influence. These are the things we try to balance […] and I know the state will be looking very closely at what happens at Sunland Park.

The city’s goal is to integrate cannabis retailers into existing economic development zones “where people are also going to have food and drink,” Perea said.

This includes the Entertainment District anchored by the Sunland Park Racetrack and Casino, the Arts District around Ardovino’s Restaurant, the Medical District around Country Club Road and McNutt, and the South Side Commercial Corridor that runs along McNutt Road – which is basically the main street in Sunland Park.

Perea could not immediately provide the number of cannabis businesses that will operate in Sunland Park. Statewide, 290 applications had been submitted by mid-January and 30 had been fully approved. The state also renewed the licenses of 34 existing medical cannabis producers.

“If young people are going to (use it) anyway, it is better that they do it at home. I don’t think crime will increase until they go out on the streets” under the influence, said resident Ramon Valencia.

But Elizabeth Arzaga said too many young people in her community were already using drugs. “They can get out of control or it can affect their health,” she said, adding that she fears teenagers will lie about their age and others will start selling without a license.

Visit the BorderReport.com homepage for the latest exclusive stories and breaking news on issues along the U.S.-Mexico border

Perea said most of those who attended public hearings last year were supportive.

“People are realizing that it’s not something that we can necessarily control at our level or be able to stop it or prevent it from happening in certain areas,” he said.