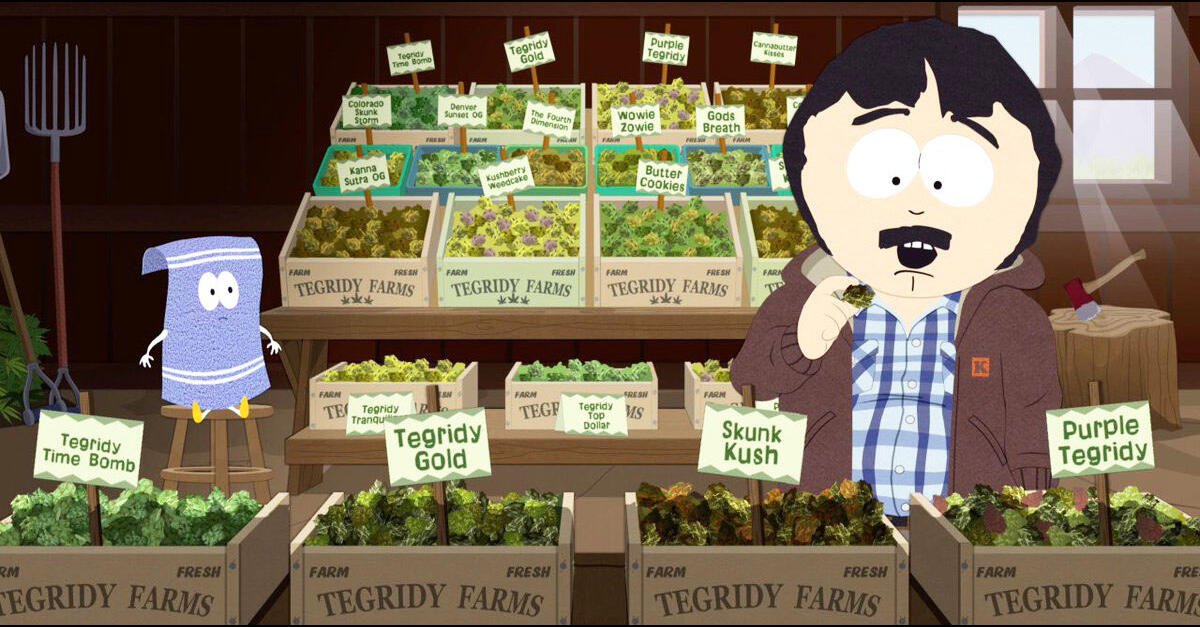 South Park creators Trey Parker and Matt Stone recently signed a $ 900 million contract with Viacom. What do they plan to do with all this money?

South Park has a long history of grass jokes. But the Tegridy Farms theme that ran through Season 23 was something else. Producer Randy Marsh is trying to root out local competition and go into business with China. A episode mocks Med Men and corporate takeover of cannabis.

In 2010, Westword wrote: “Is the Tegridy Farms tease just the South Park the crew fucking with us? Probably. After all, it would be a very Cartman decision if Stone and Parker entered the pot business: two rich white people making money from legal cannabis would be very similar to what they laugh at MedMen for trying to do. .

Do you want Tegridy? Take a look below.

Editor of CelebStoner.com, former editor of High Times and Freedom Leaf and co-author of Pot Culture and Reefer Movie Madness.

Farmers want their community to be Mexico’s first ‘marijuana city’

Marijuana Zoning Comes To The Table In Old Saybrook